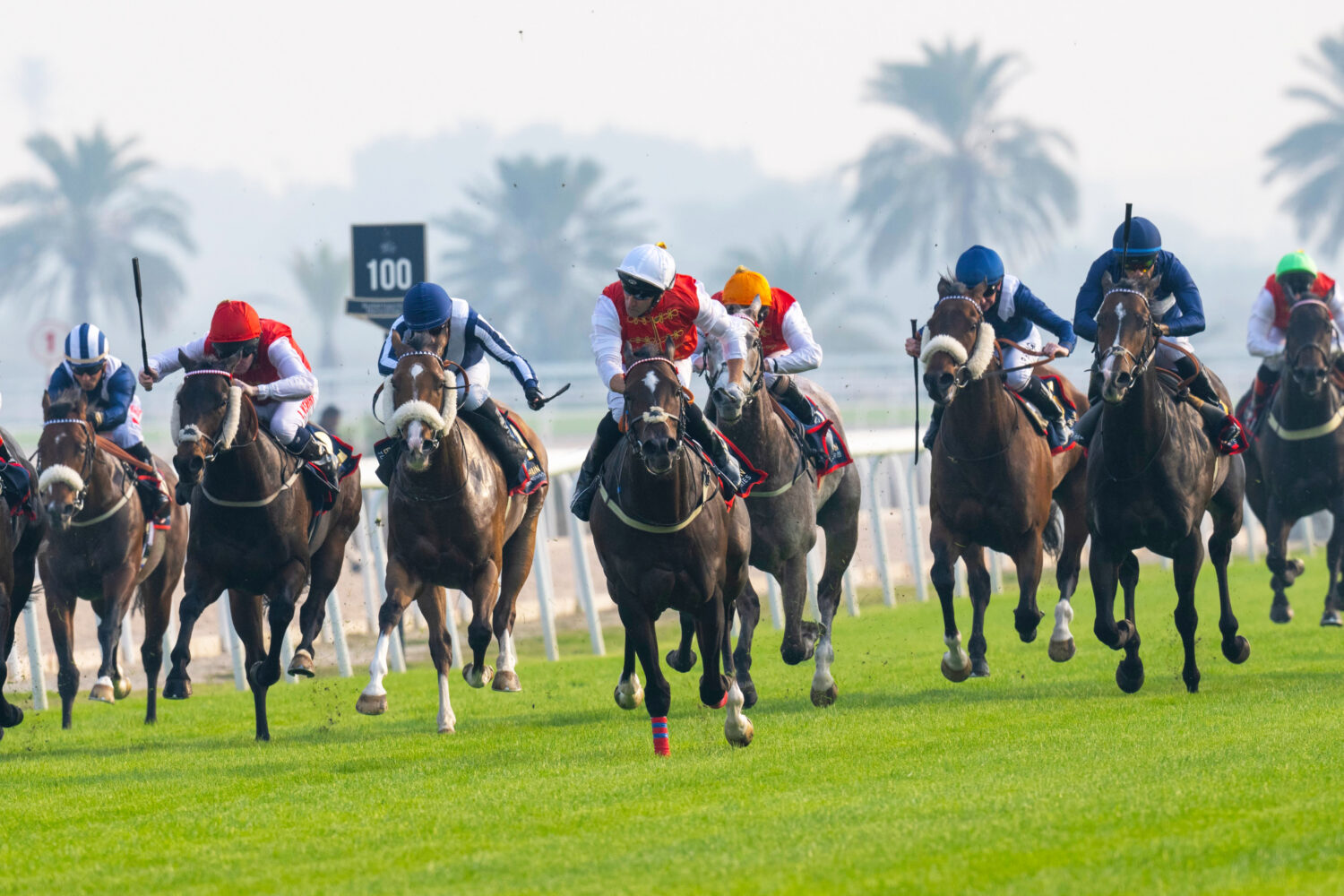 It was a triumphant day in Bahrain for Neil Callan, Hesham Al Haddad and Al Mohemediya Racing who won both £60,000 Bahrain Turf Series races with The Covex Kid and Mobaadel.

Al Adiyat Cup, a conditions race run over 1m 1f (1800m) was won by The Covex Kid, his second Bahrain Turf Series success this season and his sixth consecutive win. Previously trained in the UK by Amy Murphy, The Covex Kid has continued his winning streak since being in Bahrain and followed up his impressive win in Al Dana Cup last time.

Neil Callan, retained rider for Al Mohamediya Racing, was on board once again adding another Bahrain Turf Series race to his name. In a slowly run race, Callan was able to take advantage of a good draw to sit just off the pace and kick for home early in the straight. With proven stamina on his side he never looked like being caught. The first three home were all trained by Hesham Al Haddad with Tawaareq in second and Zagato in third, both making their seasonal debuts.

Bahrain's leading trainer Hesham Al Haddad operates from the internationally successful Fawzi Nass stable and after the race Fawzi Nass said: “It was a very good result for the yard. A one-two-three in such a race is not an easy task. It looked like Zagato was catching him (The Covex Kid) but I think it was more a case of The Covex Kid easing down. They’re all rated over 100 so there are no races for them apart from the Crown Prince’s Cup and the King’s Cup.”

Callan reflecting on his success following the race said: “I’ve ridden a lot of nice horses in England but with regards to horses to ride he’s unreal. He’s super chilled and you can put him where you want and you can do whatever you want with him. The pace was slow which surprised me so I just took the box seat. I probably sent him on a bit earlier than I wanted to. I knew the horse in front of me wasn’t going to go any further and I didn’t want to break his stride. It just meant I had to commit a little bit earlier but I knew he was going to gallop through the line. He’s been winning over 2000m and over 2400m. He’s just a nice horse and a very easy horse to ride.”

The Covex Kid will now be aimed at The King’s Cup in March.

Over 5f (1000m) in Al Wasmiya Cup, Mobaadel was back in the winners’ enclosure as he returned to winning ways with a comprehensive three length victory over the George Baker-trained Get It in second. Get It, who earned £12,000 for finishing second, improved on his last run in Al Manama Cup and was the best result in the series races today for the Europeans.

Callan had been given confidence by a recent piece of work that Mobaadel had done and his confidence was justified. He said: “He came back from Dubai, had sore shins and just wasn’t right in his coat. His runs had been okay but not to his level so it kind of gave me optimism that he was still running well but not one-hundred-per-cent. Coming back off set weights against horses that he should be giving plenty of weight to and having experienced his last piece of work, changed my mind. I got off him and said ‘I’m riding him’ and he duly obliged. I’m glad he’s back and we’re hoping he can improve to the level he was at last season and he should be able to hold his own.”