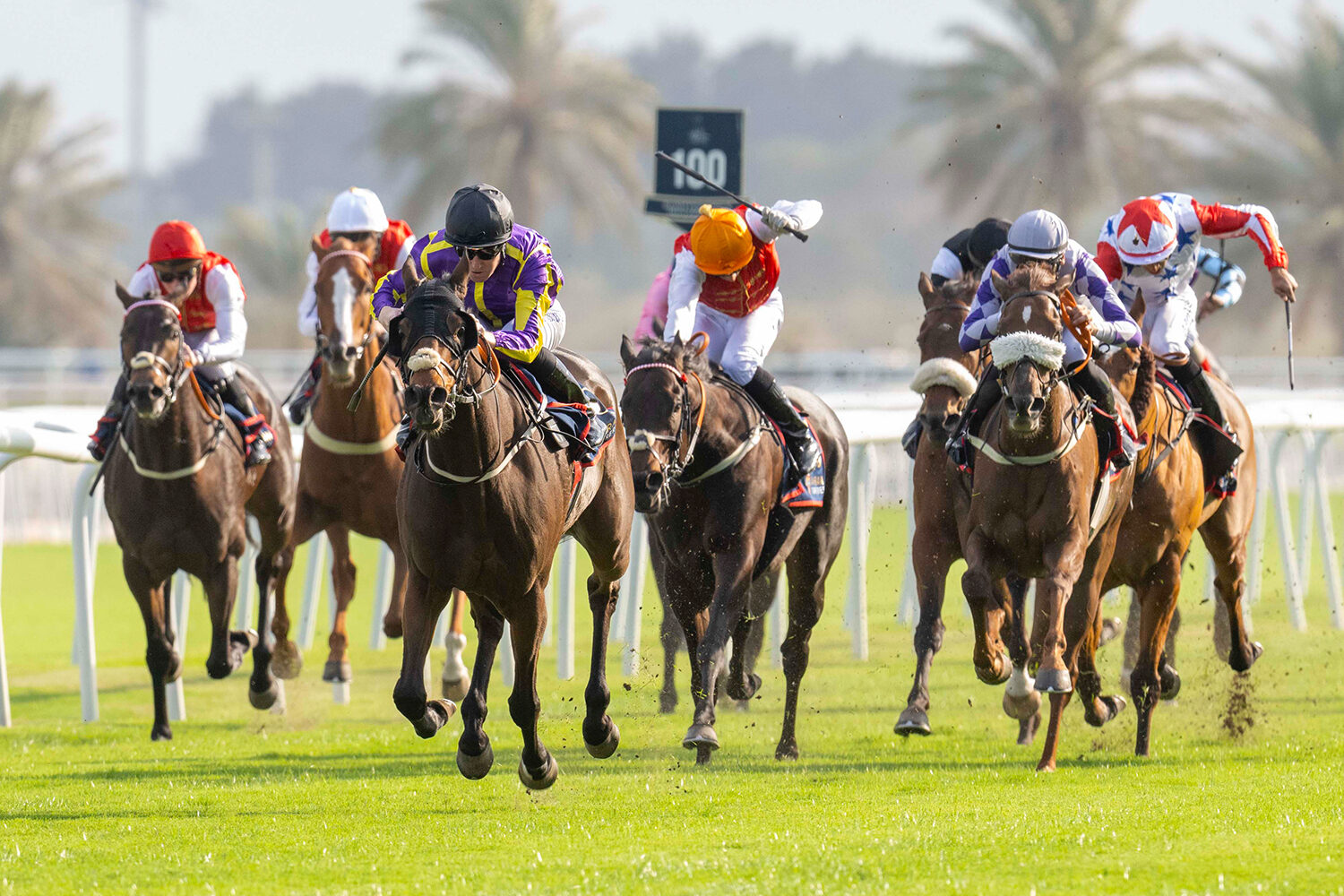 Al Riffa Cup, run over the straight 1200m has a strong field of 16 declared. The David O’Meara-trained Nomadic Empire will be looking to continue his winning ways in Bahrain following success in Al Manama Cup last time out and teams up again with AlMohamediya Racing’s retained rider Neil Callan.

Local trainer Alan Smith’s Instinctive Move and the Roger Fell-trained Digital, second and third retrospectively last time to Nomadic Empire will be looking to reverse the form on Friday. Connor Beasley takes the ride again on Digital and his trainer has high hopes for his four-year-old gelding. Roger Fell said: “Digital ran a really nice race last time out finishing a close third. He has gone up four pounds but we are hoping he's come on for the run and over six furlongs can run a really nice race.”

Last season's most successful trainer in the Series, Hesham Al Haddad, has three that take their chance. Laieth and Kinks both make their seasonal reappearances while Fighter Pilot will be looking to build on his run in Al Manama Cup last time out. Speaking about his runners Hesham said: “We have three horses in the sprint race. Fighter Pilot has performed well in his previous races. Unfortunately last time out he was disappointing but hopefully he will bounce back and we will see a good race from him. Kinks is a tricky horse, he will be better over this distance of 1200m rather than a sharper 1000m. Laieth is a very nice horse. He ran in the Series last year and we have very high hopes for him this year.”

Trainer George Baker, fresh from his first success in Bahrain with Lucander in Al Muharraq Cup, provided an update on hiscontender Watchya who is having his first run for the trainer having been purchased at the Tattersalls Autumn Horses inTraining sale in October. He said: “Watchya has really pleased me and the team in Bahrain. We are delighted with him and he is ingood order ahead of Friday. Pat Cosgrave rides for me as he did with Lucander and we go into the race full of hope. We think heis an exciting, young, progressive sprinter and we are hopeful of a bold run in his first race for us.”

The second of the two Series races, Al Dana Cup over 2000m sees a field of 11 go to post. Trainer Alice Haynes will be having her first runner in Bahrain with Mr Professor who lines up for Amo Racing Limited. Alice spoke of her horses chances and said: “We have three races set out for him from the 13th January onwards but we think this is a great opportunity for him to have a run. The likely fast pace will suit him and we can see how he handles the track and get a good feel ahead of his next three runs. He has done nothing but flourish since being in Bahrain, he has his summer coat back, he is eating well and we have AndreaAtzeni booked to ride. We are hopeful of a good run and he will certainly improve from it.”

Hesham Al Haddad has four in the race as he looks to get off the mark in this year’s Bahrain Turf Series. What A Welcome, second on his seasonal reappearance last time, will be hoping to go one better under Andrew Breslin. His trainer was delighted with his performance and said: “What a Welcome had a good break in the summer and he ran very well and exceeded expectations last time and I think he has another very fair chance.”

Of his other runners he said: “Classical Wave is no stranger to the Series having run in it last year and most of our hopes would be with him. We also have Arctic Emperor, who will be ridden by Liam Keniry and I think he has a very good chance butpossibly best of our runners is The Covex Kid as he has been performing very well in his last races having won his last twoeven though this will be a strong test for him.”

On regaining his title as leading trainer for the Series this year he added: “We have a very strong team and very good management from Mr Fawzi Nass and it was the plan set by him to try and win as many Bahrain Turf Series races as we can. Fingers crossed we are able to do the same this year. I was very happy that the European horses were able to win last time as it shows a fair game for everyone.”

Both races will be available to watch live on Racing TV and via live stream on The Bahrain Turf Club website.