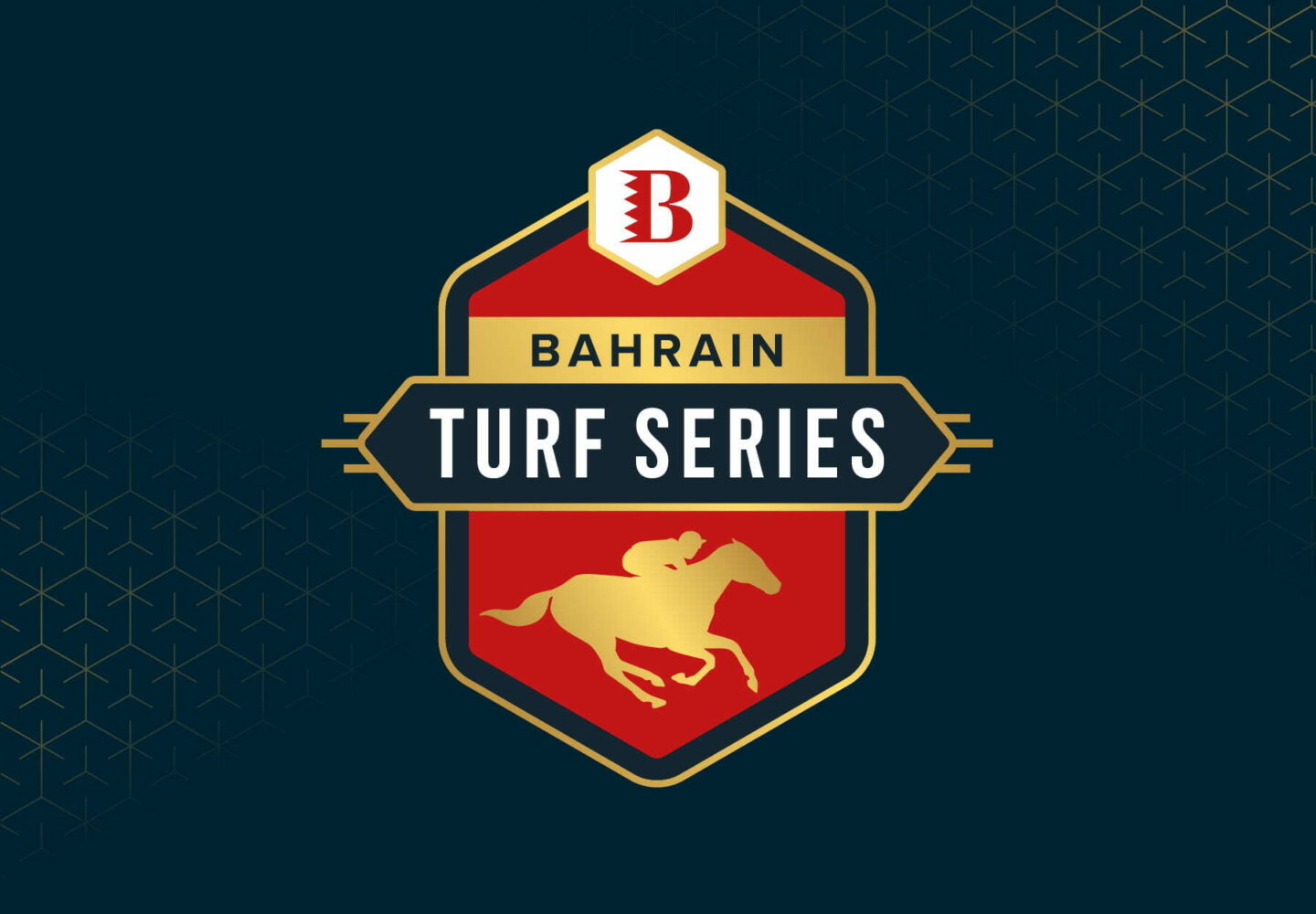 The Bahrain Turf Series is back for a second season! 19 European horses have arrived in Bahrain looking to scoop some of the excellent prize money on offer. The Series pits International challengers against locally trained runners over the course of 10 races, split into two categories.

Pot A is for horses running over 5 and 6 furlongs, while Pot B is for races over 9 and 10 furlongs. Each race carries a guaranteed prize fund of £60,000, up from £50,000 last season, and runners also earn points according to their finishing position.

At the end of the Turf Series, the points are added and the owner of the leading horse in each category will earn a £15,000 bonus, while the trainer will receive £10,000 - making a total of £50,000 in additional prize money. The William Jarvis-trained Arqoob scooped the Pot B bonus in the 2021/22 Bahrain Turf Series

There are two races on Friday 9th December: Al Muharraq Cup run over 1m 2f and the Al Manama Cup run over 5f.

Here is the lowdown on the 14 European contenders who are declared for the opening two races.

Although without a win in 2022, Marie’s Diamond has run some excellent races in defeat behind some top-quality horses like Alflaila and Star Safari. The Bahrain Turf Series is open to horses rated between 85 and 100 meaning the 6-year-old son of Footstepsinthesand just sneaks into the Bahrain Turf Series having been dropped 2lbs to a mark of 100 after his run in the Group 3 Darley Stakes. None of his six wins has come over further than 1-mile but the Roger Fell-trained horse should have no issue staying 10-furlongs. He breaks from the inside in stall one.

Roger Fell on Marie’s Diamond: “We are very pleased with both our horses. Marie's Diamond is drawn in stall one which is very exciting. He did a lot of work before he flew to Bahrain so he should be ready. I can't see why he shouldn't be at least placed. It’d be brilliant to have a winner out there.”

Lucander will be having his first start for George Baker having won five races from 25 starts for the Ralph Beckett stable. He is a horse that will likely relish the distance and fast ground, although it would come as no surprise if he were to improve for his first run, given he has never won after an extended break or on his seasonal reappearance.

George Baker on Lucander: “My team have been very pleased with how Lucander has settled in and is training. It looks like a competitive field but we're hoping he can a big race on his first start for the yard. We are delighted to have Pat Cosgrave flying from Dubai to ride him.”

What’s The Story has had a busy season, making his seasonal debut in this season’s SBK Lincoln in March and having 12 subsequent starts. Successful in August over 1m 2f at Ayr off a mark of 90, he has run with credit since. He likes to race from the front so will have to be sharp away from a wide draw (12) if he is to lead.

Norwegian-based trainer Niels Petersen returns to Bahrain with two horses for the Bahrain Turf Series, having finished 6th in the 2022 Bahrain International Trophy with King David last month. Chianti, rated 94, was last seen winning over 1-mile at Ovrevoll in Norway under Carlos Lopez.

Successful twice in 2022 for Hugo Palmer, including in the Cumberland Plate at Carlisle, Commonsensical has been given a break since finishing 2nd to Godolphin’s Marching Army at Yarmouth in August. The son of Bated Breath has run his best races on fast ground, so will be sure to appreciate conditions. Breaking from stall three, he will be partnered by Paul Hanagan who has enjoyed a fantastic start to life in Bahrain, winning 11 of his 26 starts at a strike rate of 42%.

Jamie Osborne returns to Bahrain after having two horses (Brains and Peerless) based in Bahrain for the 2021/22 Turf Series. Inigo Jones will be having his first start for the yard having been bought out of the Sir Michael Stoute yard. He is a lightly-raced 4-year-old with only nine starts to his name. He looked like a smart prospect at the start of his 3-year-old career and arrives here off a mark of 88, having been rated 96 after finishing 3rd behind Mohaafeth in a Listed contest at Newmarket.

Jamie Osborne on Inigo Jones: “Inigo Jones hasn’t run since July and it’s possible he will need the run. I’m sure he will run with promise and build on it through the Series.”

Hugo Palmer’s second runner in the race, Box To Box has enjoyed a productive season winning three times to climb up the handicap. Having won off a mark of 78 in May, Box To sneaks into the race off a mark of 88, the bottom weight in the race. He will be ridden by 17-year-old Harry Davies who has already tasted success in Bahrain this season.

King Of Stars is a 5-furlong, fast ground specialist who will likely relish conditions in Bahrain. The likeable grey rarely runs a bad race and should be competitive off a mark of 98. Saffie Osborne, who was based in Bahrain last season, will take the ride for Mick Appleby.

Mick Appleby on King Of Stars: “King Of Stars has been in great form since arriving in Bahrain last week. We're hoping for a good run if the race and track suit him.”

Soldier’s Minute has been an all-weather specialist for Keith Dalgleish but hasn’t raced on turf since September 2021. His all-weather rating is 106 but he is only rated 95 on the turf, which should give connections hope that he can progress off that mark if taking to conditions in Bahrain. Eoin Walsh will take the ride.

Get It - George Baker | Pat Cosgrave

Get it is making his first start for George Baker and MyRacehorse having won three times when under the care of Clive Cox. All his wins have come over 5-furlongs, including on his seasonal reappearance in May at Bath on fast ground. He arrives here for his first start since September and should be competitive for connections.

George Baker on Get It: “He has settled into life in Bahrain very well. This looks like a very competitive sprint handicap but I hope he will be competitive on his first start in Bahrain.”

Khunan is a Bahraini-owned 3-year-old colt who finished an excellent 2nd in the Group 2 Richmond Stakes at the 2021 Qatar Goodwood Festival. He has failed to match that effort in seven starts since and has dropped down to a mark of 89 (from 107). A return to his best 2-year-old form would see him go close.

Roger Fell purchased Digital from Kevin Ryan at Tattersalls’ Horses In Training sale in October. He made one start at Southwell three weeks ago where he finished 7th and was dropped 1lbs to a mark off 88. He is a strong traveller whose three wins have all come over 5-furlongs, the most recent of those was in February off 90.

Roger Fell: “This race looks a hot one but he's in good form and did plenty of work in the UK before heading to Bahrain so he should be ready to go.”

Neil Callan enjoyed a successful season in last year’s Bahrain Turf Series for owners Al Mohamediya Racing aboard Mars Landing, and he will carry their colours again this season. Callan will be aboard Nomadic Empire for trainer David O’Meara, who himself won the 2021 Bahrain International Trophy with Lord Glitters. The 4-year-old son of Kodiac has won twice over 5-furlongs on fast ground so he should appreciate conditions.

The lowest-rated horse in the race, Herewegodandy arrives from Norway off a mark of 86 for trainer Niels Petersen. His form is hard to compare against other European challengers and we will learn plenty from this run.