Bahrain based horses back on top in Bahrain Turf Series 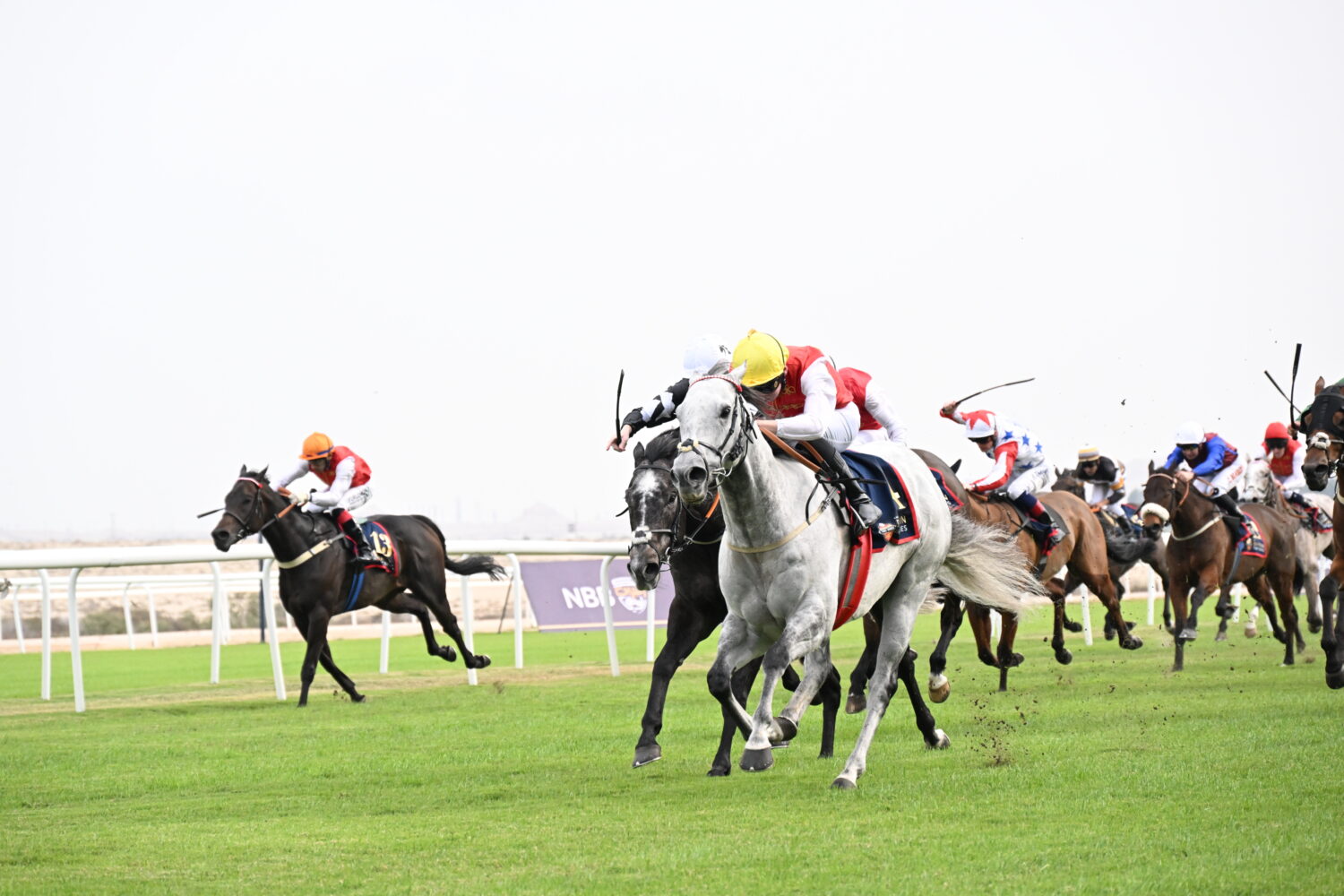 Bahrain based horses were back to winning ways in the third and fourth Bahrain Turf Series races that took place today. Osama Hasan and Hesham Al Haddad both got off the mark in this season’s Bahrain Turf Series, landing the spoils in the Al Riffa Cup and Al Dana Cup.

Dark Shadow in the hands of Hector Crouch, produced a sharp turn of foot over 1200m to fend off Watchya in the closing stages of the race and returned to the winners enclosure in the familiar colours of Al Mohamediya Racing. Hector Crouch made the trip to Bahrain for one ride and was delighted with his big-race success. Following the race he said: “It all went pretty smoothly for me. We were drawn high and he’s a horse who needs a fast pace to aim at so today with 16 runners and quick ground that’s what he got so I’m delighted for His Highness Shaikh Sultan and Osama (Hashim).”

Dark Shadow is a horse Crouch knew well having had a strong association with him when he was trained in the UK by Clive Cox. This was the first time he had ridden Dark Shadow in Bahrain and the jockey was glad to be back on board. Crouch added: “I was really looking forward to getting back on him, I think it’s been about three years since I rode him in England and on his day he’s very talented.”

Watchya put up a very strong performance in second having his first run for trainer George Baker in the hands of Pat Cosgrave and Nomdic Empire, a winner of the Series last time, was third.

The Covex Kid trained by Hesham Al Haddad made it five wins in a row and a third straight win in Bahrain in the Al Dana Cup over 2000m. It was another big-race success for the same ownership, Al Mohamediya Racing and regular Series winning jockey Neil Callan. Hesham Al Haddad, leading trainer of the Series last season, felt the pressure coming into this year. Following the race he said: “We had an extraordinary year last year but the pressure is on now and we need to keep on working hard to win more. Hopefully we are on the right track.”

Reflecting on The Covex Kid’s success he added: “It was a very strong race, we were a bit worried when the horse got boxed in at the last furlong. Neil (Callan) managed to steer him very well and find the sunshine and he came out at the right time. We’re very happy and connections are too.” Hesham made it a one-two in the race with What A Welcome running another solid race to finish second.

Winning jockey Neil Callan is no stranger to the winners enclosure with another Bahrain Turf Series win to his name. Callan was always confident his horse would progress again following his previous victories and said: “It was very straightforward, he gave me every indication he was going to come here with a chance after his two previous wins. His progression has been fast and his best attribute is that he travels very strongly. As soon as I asked him he responded very quickly.”

Inigo Jones ran a much improved race to finish third and was best of the International horses for trainer Jamie Osborne.